Stephen’s Formal Release into the Ministry​ 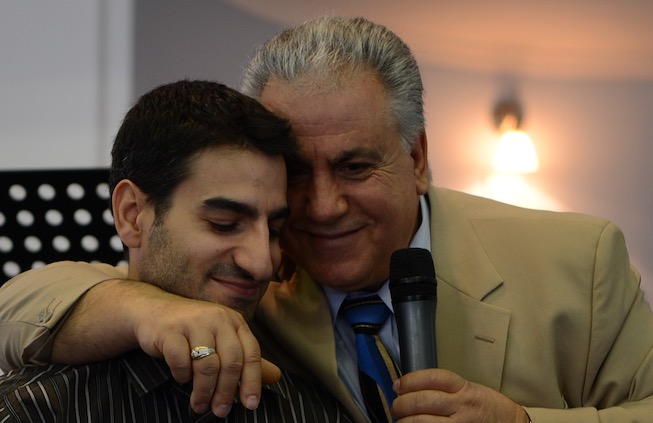 On Sunday the 14th of May, Stephen Kyriacou was set apart by the laying on of hands, commissioning him to the work which the Lord had called him to, by my side, serving his father in the International arm of the Ministry. His main responsibility is to amplify the voice of the ministry through the various platforms technology offers, as well as to manage the general operations of the international outreach.

Stephen has an outstanding testimony of serving faithfully, both in the local church and in the marketplace. For the seventeen years, he has and continues to serve in the local church through his involvement in various ministries. He too diligently served his previous company and employer for the last thirteen years.

Over the years Stephen has received very few prophetic words, perhaps a couple, indicating very little that one-day he would end up serving the Lord in the capacity he is serving now.  It was as though the Lord had hidden him away working behind the scenes and preparing him for such a time as this.

On Sunday the 23rd of October it was as though the heavens were opened and the Holy Spirit moved with power transitioning and repositioning him into the place the Lord has prepared for him. Not only did the Lord speak with authority concerning his call, but he also prepared a platform for him to step into. It took a few months for him to transition out from his previous employment and into the unique calling God has for him.

All of us at Alpha and Omega family both in South Africa and abroad are extremely blessed and happy to welcome him into his new role and pray for the Lord’s blessing and wisdom as he embarks on this journey of faith.